Home About Us Tech Features

3D printing is a kind of Rapid Prototyping (RP). It is a technology based on digital model files, using bindable materials such as powder metals or plastics to construct objects by layer-by-layer printing, which greatly shortens the development cycle and processing cycle of products.

The working principle of layered solid manufacturing technology is shown in Fig. 1. First, the foil coated with hot melt glue is sent layer by layer to the top of the worktable by the feeding mechanism. Then, the foil on the worktable is cut layer by layer according to the cross-sectional profile designed by the computer by using CO2 laser beam, and the material outside the profile area is removed, so as to complete the manufacturing of the required products. 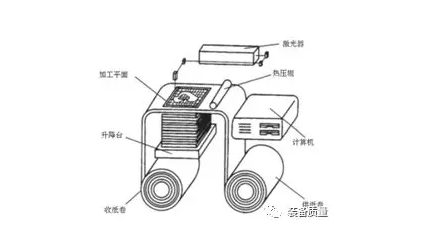 The working principle of deposition forming is shown in Figure 3. By heating and melting all kinds of materials at high temperature and stacking layer by layer according to the cross section designed by the computer, the technology of forming parts is finally obtained.

The principle of selective laser sintering is shown in Fig. 4. This technology is mainly based on controlling the laser beam to sinter the powder material layer by layer according to the preset path. It is a process method of stacking discrete points layer by layer into three-dimensional solid. 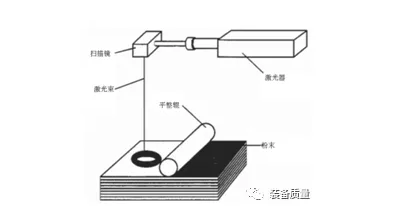 In the field of aeroengine manufacturing, selective laser sintering of high performance metal components is the most advanced 3D printing technology. This technology realizes the forming of high-performance large and complex components step by step from the part's digital model. The shape of forming components is complex and the degree of material saving is high, which is difficult to achieve by traditional casting and mechanical processing methods.

Honeywell Printed Heat Exchangers and Metal Brackets in 2013. In 2014, Siemens Germany printed out the metal parts of gas turbine, becoming the first company in the global industrial manufacturing industry to apply the metal parts made by 3D printing to actual production. GE has been exploring for more than 10 years to optimize the design of its nozzle. The number of parts of the nozzle has been reduced from more than 20 to one. The structure integration has been realized by 3D printing. It not only improves the problem of overheating and carbon deposition of the nozzle, but also increases the service life of the nozzle by five times, and improves the performance of the LEAP engine as a whole. Recently, GE has built a micro jet engine using 3D printing technology. The engine runs at a speed of 33000r/min and will be used in UAVs.